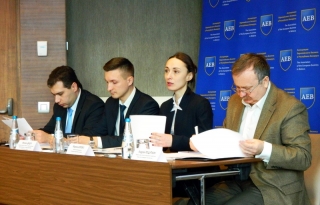 Representatives of business unions, associations, state agencies, foreign companies and mass media attended the AEB roundtable «Legal Regulation Improvement of Dialogue between Business and the State » in the framework of the Legal Committee of 29 January 2016. The meeting was organized under the financial support of the international nongovernmental organization Pact within the project "Legislative Regulation of the Public Advisory Council for the Development of a Constructive Dialogue between Business and the Government".

During the event the Association of European Business presented the results of the survey of the Public Advisory Councils who are not public-sector employees. The study was conducted to identify strengths and weaknesses of the legal institute regulation as well as opportunities to improve it. Through the online poll 32 questionnaire with the answers to 19 questions were received.

As Yauhen Mardasevich, the Head of the AEB GR Department, noted, the activities of the Public Advisory Council have been estimated at 5.6 out of 10 possible. Also the transparency of the Public Advisory Council has been investigated: the analysis of the official governmental websites of the state administration (ministries and state committees) established that the information about the Public Advisory Council and its structure was published only by 5 governmental agencies out of 30 (17%), while the minutes of the meeting were posted only by 3 departments (10%), whereby protocols posted on the Ministry of Industry website dated 2013 year. Therefore, The Ministry of Taxes and Duties and The State Customs Committee are referred to the most open and transparent, because relevant information is available on the work of community board on the official websites of these agencies.

Andrew Karpunin, the Chairman of the Financial directors’ club, noted that in any case the decision of the Public Advisory Council cannot be obligatory, since they do not correspond to existing legal system.

He believes that the decisions may be obligatory only for review, written response, assessment, but not to take a decision. He also shared his multiannual experience of participation in the Public Advisory Council.

- Oral dialogue is completely forgotten when closing the door from outside. Therefore, we submit the initiatives in writing – they have a greater weight being accompanied by justification. And then the effectiveness of our meetings and activities is increasing significantly.

Andrew Roshupkin, the First Deputy General Director of the Unitary Enterprise Coca-Cola Beverages Belorussiya, described the issues that were initiated by the Consultative Council on Foreign Investments under the Government of Belarus (CCFI), and some of them have been solved through the dialogue of business and government.

Since 2001 The Consultative Council on Foreign Investment has become a unique opportunity for direct dialogue of foreign investors with Vice-Prime Minister, who coordinates the economic block. In fact, it still remains unique and relevant.

The representatives of the National Agency for Investment and Privatization shared their views on the work of CCFI, told about the plans on its development, and called on businesses to participate more actively in the activities of the council.

Peter Arushanyants, the Deputy Director of the Department of Entrepreneurship in the Ministry of Economy, said that the Public Advisory Council is a relatively new trend in Belarus, although the dialog platform for the state and business have existed in other forms for a long time.

- Do not forget that the Public Advisory Council is not a mini-parliaments at state agencies. It is a consultative body and a platform for dialogue. And if the business community representatives expressed a proper and reasonable initiative, they will be certainly heard.

Peter Arushanyants noted also a benefit of this meeting: in his view, such kind of events are the platforms where the state and business can exchange views on current topics. 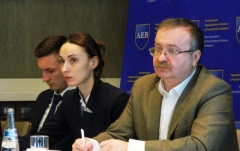 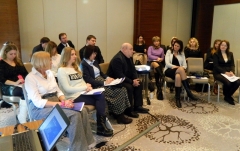 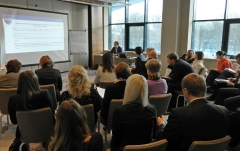 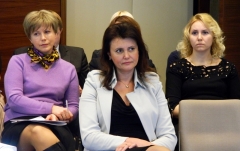 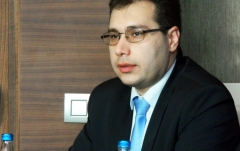 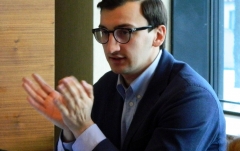 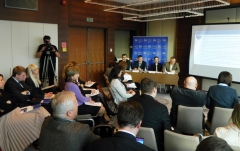